Winston Peters does. David Parker does. Grant Robertson does. Or at least you'd think so, given their talk over recent weeks about how they're going to be "picking winners" to get New Zealand back off the economic canvas -- Peters to bring back the local manufacturing he likes; Parker to make his preferred picks get easier resource consents; Robertson to pick on whom he starts spraying helicopter cash.

Or perhaps they're still trying to forget the Trekka. And who wouldn't want to?

It was New Zealand's only production vehicle (if either word can be used in its full sense) -- a New Zealand body built over Soviet-era Skoda motor and running gear; a two-wheel-drive dog of a vehicle that only saw the light of day because of a loophole in the arcane maze of New Zealand's tariffs, subsidies, import-licensing and "picking winners" regime that throttled life down here the later-middle decades of the last century.

The thing was a dog. Intended for use on farms, its communist two-wheel drive system could barely perform on the road. So it looked best simply sitting on the lawn rusting into the weeds. Which was easy, because to save time money, the body was never painted on the inside, which meant they rusted from the inside out. And don't try cornering. Not at any speed. Perhaps the only good thing that can be said about it is that, even in wartime Vietnam (where five were sent) black-market thieves didn't even think it was worth stealing. So there's that.

This is the sort of local manufacturing that "flourished" here from the fifties to the seventies -- as we gradually made ourselves poorer. Selling here only because everything else we could buy was made so goddamn expensive, just to punish us for the temerity of buying offshore, that NZers would buy any damned thing because that's all that was available to buy. To "protect jobs."  To "keep it local." To keep lack-lustre local manufacturing going back then, New Zealanders at the time were paying around 50% more for a car than they needed to because of tariffs (which is a tax on consumers) --- and that's if you had and were granted permission to use your precious "overseas funds." Meanwhile, those taxes were paying a subsidy to locals here to assemble junk like this of around 100%. (See figures below.)

Just so New Zealanders were able to put their ingenuity into producing shitty stuff reassembled from godawful overseas stuff that was so bad it wouldn't even be stolen in a war zone.

free traders oppose government using tariffs and subsidies to pick winners and losers for at least two reasons, neither of which Peters/Parker/Robertson grasps. First, economics offers solid theory – and history offers solid evidence – to show not that government cannot pick winners and losers (of course it can), but, instead, that government too often picks as winners losers, and as losers winners.
Second, Peters/Parker/Robertson seems unaware that when government prevents trade from destroying the jobs of some New Zealanders it thereby destroys the jobs of other New Zealanders  For example, tariffs that protect New Zealanders steel workers destroy jobs for New Zealanders working in industries that export, that use steel as an input, and that are buoyed by foreign investments. (It’s a wonder that people such as Peters et al apparently never pause to ask ‘What do foreigners do with the dollars they earn by selling their exports to New Zealanders?’)
Unlike Peters/Parker/Robertson  who apparently see only the jobs that protectionism saves, free traders see also the jobs – and the economic growth – that protectionism destroys.


PS: Here's some of those figures for you of just how much we were made to suffer back then from politicians who put together the tariffs and subsidy regime on the basis that they were "picking winners." (They come from a report to the incoming 1984 government put together by the late great Conrad Blyth et al.) 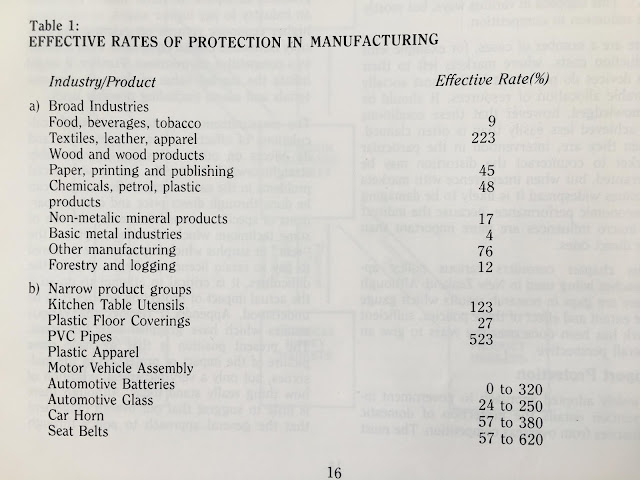 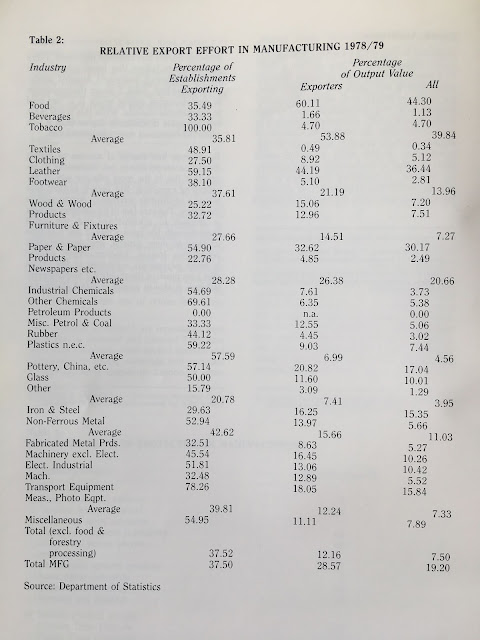 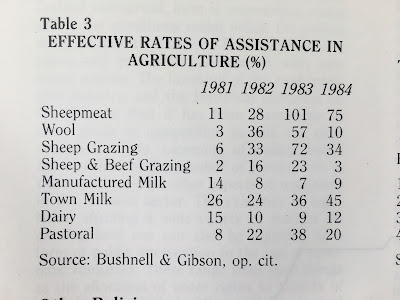 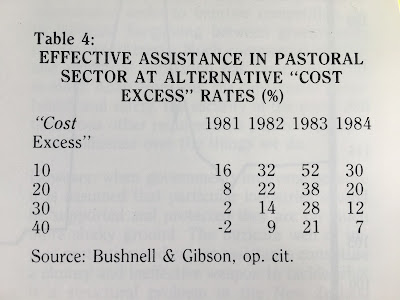 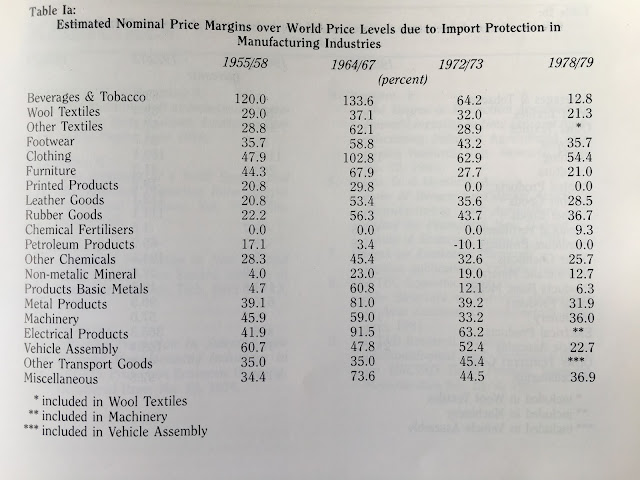 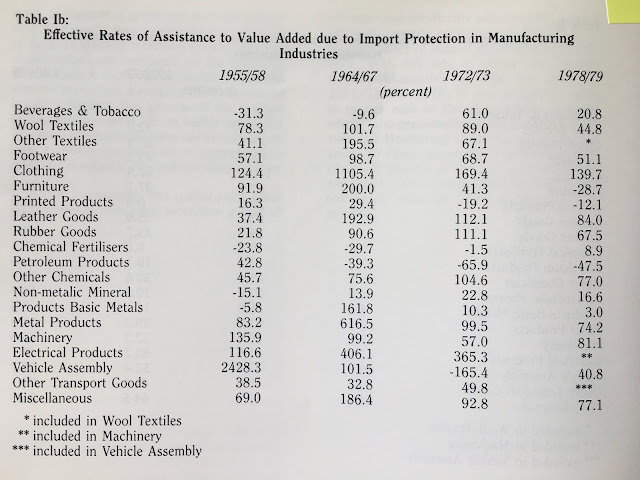 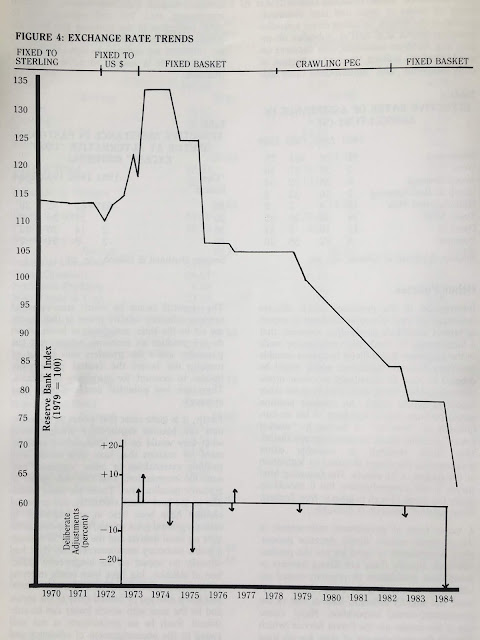 Posted by Peter Cresswell at 13:19